1. What is going to happen on Monday?

On Monday it is going to snow. 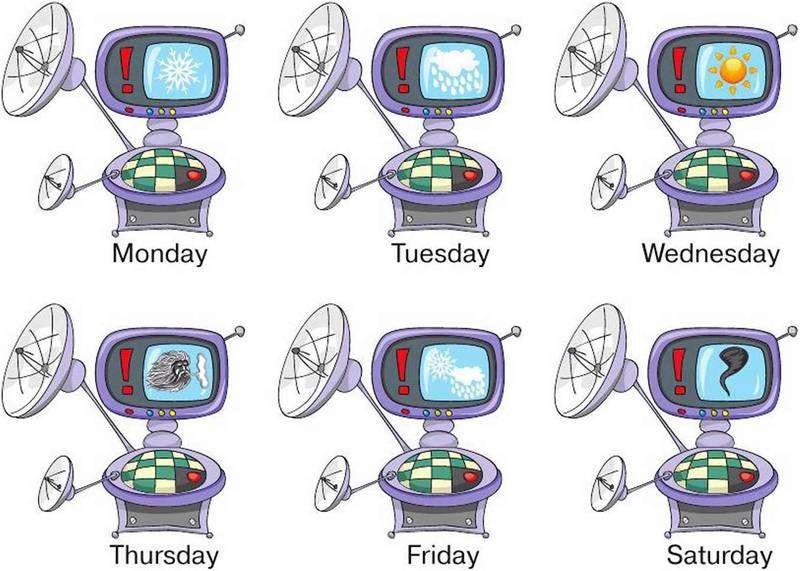 – Is it going to snow… Tuesday?

– What are you… to wear on Tuesday?

Make up your dialogue with information from Task 1.

3. Do you know these words?

word is not in the next part of the story.

4. Read and answer the questions.

Who says “attention!” on television?

Who talks with the reporter?

Who is on the loose?

Who is catching the tiger?

Suddenly a reporter on television says:

“Attention! Dangerous tiger on the loose! Stay inside. Close your doors and windows!”

The town is watching with open mouths as the police officers are catching the tiger and taking it to the safari park.

Many people are coming to Grandma’s house to thank her. “Why was everyone at home?” asks a reporter.

“Wow!” says the reporter. “So Daisy’s grandma saved everyone!” ‘Yes,” laughs Daisy proudly. “She did!”

5. Look at the picture and say what is true and what is not.

are outside. Grandma is not outside. 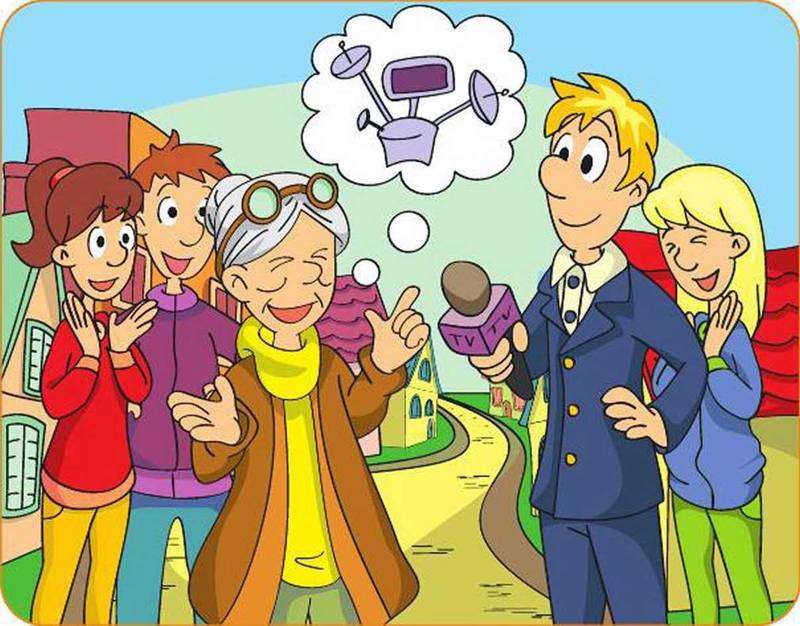 6. Choose a character and describe him/her. Let your partner guess the character.

7. Put the words in the right order.

A tiger is quicker than Grandma.

The reporter is talking to…